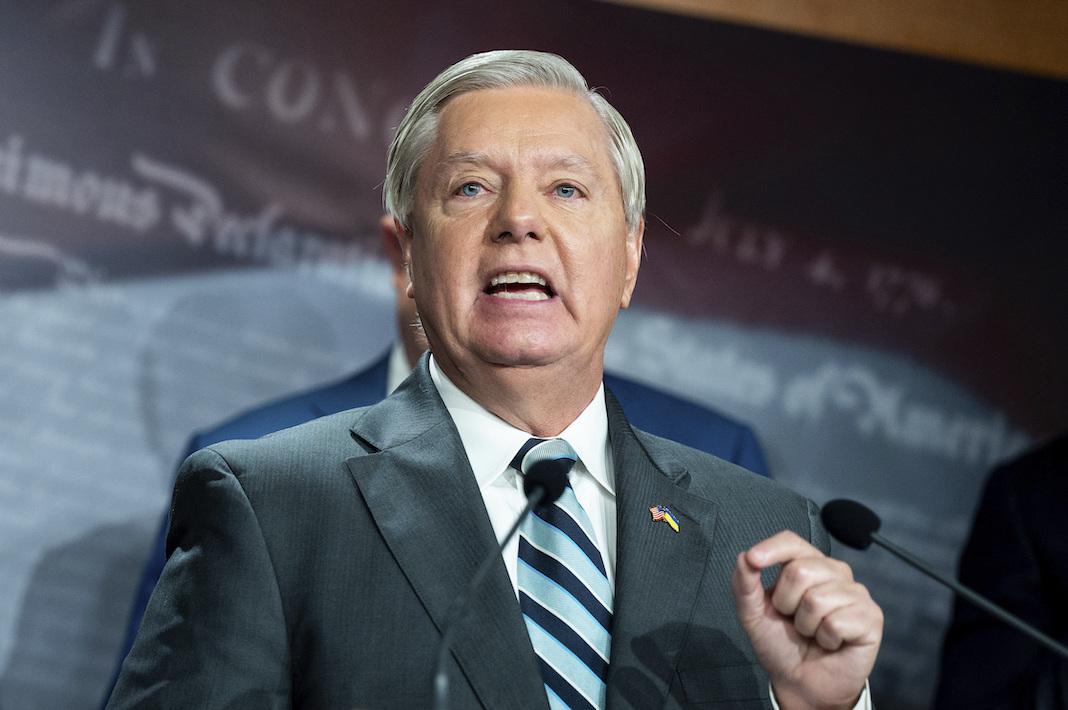 The bill would ban abortion at 15 weeks’ gestation, no matter what a state’s laws mandated.

Sen. Lindsey Graham (R-SC) is set on Tuesday to propose a nationwide restriction on abortions, media outlets were reporting, in a bill that, if passed, would place federal restrictions on the procedure even in states where it is currently legal.

The bill would ban abortion at 15 weeks’ gestation, according to the Washington Post, long before fetal viability, which occurs between 23 and 24 weeks. The 15-week mark is five weeks before pregnant people generally undergo an ultrasound referred to as an anomaly or anatomy scan, through which major fetal abnormalities can be detected.

The bill shortens the window for obtaining an abortion even more than legislation Graham introduced in 2021, which sought to ban abortions nationwide at 20 weeks’ gestation. That bill made it a crime to perform an abortion after 20 weeks, punishable by a fine or up to five years in prison.

It also is an about-face from comments Graham made in June after the Supreme Court overturned Roe v. Wade, the landmark 1973 decision that affirmed the right to an abortion nationwide before fetal viability.

At the time, Graham said: “The issue of life will now be decided by elected officials in the states, the same way the issue was handled until 1973. Simply stated, this decision represents a constitutional reset.”

Yet just a few months later, Graham is back to proposing a nationwide ban that would put regulation in the hands of the federal government, no matter what individual states had decided.

Graham is introducing the bill less than two months before the midterm elections.

Republicans had long boasted that a so-called “red wave” would sweep them into power in the midterms. However, the Supreme Court decision striking down the right to abortion has upended that narrative, with polling moving in Democrats’ favor as Republicans across the country have moved to ban the procedure.

Republican candidates seem to have started playing down or even removing from their campaign materials their views on abortion as polling confirms that majorities of voters favor abortion rights.

“Not having pro-life battleground candidates stake out a clear, unified position on something like a 15-week ban on the day that Dobbs was announced seems like a strategic blunder. … There’s a reason the Kansas referendum failed so hard and it’s that the people knew the Kansas legislature was quite likely to enact a 6-8 week ban, which is unpopular. Had the question posed been a 15-week ban instead of the Pandora’s Box that it was, it might have passed,” GOP pollster Patrick Ruffini tweeted on Sept. 8.

In Kansas, a state former President Donald Trump won by 15 points in 2020, 59% of voters rejected a constitutional amendment that would have allowed the state to ban abortions.

As stories are reported about the suffering that abortion bans have caused, polling continues to show that such bans are unpopular.

In Louisiana, a woman was blocked from getting an abortion even though her fetus was diagnosed with an abnormality that prevented it from forming a skull. In Texas, a woman was forced to wait until she developed a dangerous infection after her water broke at 18 weeks, long before fetal viability, before doctors would induce an abortion.

Nationwide, 60% of voters said abortion should be “legal in all or most cases,” according to a Wall Street Journal poll released Sept. 3.

And 60% of voters in Texas say abortion should be “available in all or most cases,” according to a poll conducted by public opinion research firm PerryUndem in June.

It’s unclear how a national ban would improve GOP fortunes.

Graham’s bill also gives credence to Democratic warnings that Republicans would ban abortion nationwide if given majorities in Congress.

“For the hard hard right this has never been about states’ rights,” Schumer said, according to a Politico reporter. “This has always been about making abortion illegal.”

“Our worst fears are coming true: Republicans are moving forward with efforts to pass a national ban on abortion,” Rep. Joe Morelle (D-NY) tweeted. “This is an abhorrent attempt to strip away the healthcare rights of millions of women — in every state. Even here in New York.”