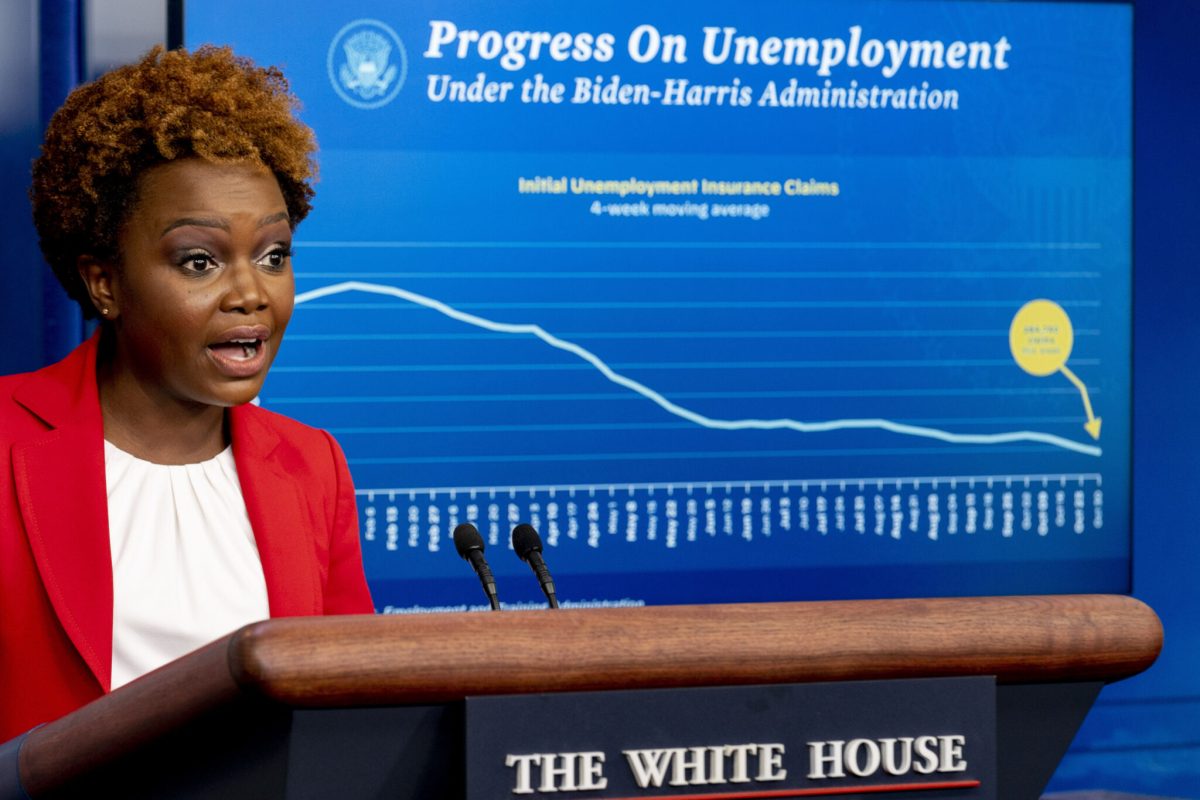 Unemployment has fallen across the country — to rates lower than those that Trump left office with — following actions taken by the Biden-Harris Administration.

The July 2022 edition of the Bureau of Labor Statistics’ monthly report on every state’s employment statistics was released on Friday, finding that 22 out of 50 states have reached unemployment rates under 3%.

The bureau reported that all 50 states and D.C. have lower unemployment rates than they did a year ago. The report also found that compared to the previous month’s report, the unemployment rate lowered in 14 states and Washington, D.C., raised in 3 states, and remained the same in the 33 states.

Overall, the national unemployment rate fell to 3.5%, which is 1.9 percentage points lower than it was in July of 2021.

“This morning, the US set an all time record on the number of states with unemployment rates at 3.0% or lower,” White House chief of staff Ron Klain, tweeted after the report’s release.

The findings are significantly different from the higher unemployment rates at the time President Biden took over in January 2021. That month, right as former President Donald Trump left office, the bureau’s report reported the national unemployment rate of 6.3%, which at the time was two full percentage points higher than it had been the year before.

The improvement is especially palpable in certain states: Minnesota, which had an unemployment rate of 4.5% the month Biden took office, reached 1.8% this month — tying the state’s record low, which was set earlier this year. Georgia had a 5.1% unemployment rate in January 2021, but is currently at a record lowrate of 2.8%.

The unemployment rates reflect a trend of positive economic development following the enactment of several policies and laws under the Biden administration, many of which were designed to protect and create jobs.

The American Rescue Plan, a $1.9 trillion economic stimulus package signed into law by Biden in March 2021, provided relief to states reeling from the fallout of the COVID-19 pandemic. The bill passed solely due to Democrats, as no Republicans in Congress voted to support it. According to research from the Roosevelt Institute, the package resulted in creation of 6.1 million jobs.

The $1.2 Infrastructure Investment and Jobs Act passed the House in November 2021 with unanimous Democratic support and only 8 of 213 Republicans in support. In the Senate, all 50 Democrats and just 19 of the 50 Republicans voted for the package. The law funds hundreds of construction projects — supporting long-needed repairs to infrastructure like roads and bridges — and neglectedenvironmental cleanup projects across the United States, entailing creation of new jobs to accelerate their completion. The Economic Policy Institute has estimated that the infrastructure law will generate approximately 772,000 jobs per year over the next ten years.

Following the CHIPS and Science Act, which Biden supported and signed into law this month, multiple technology companies have announced investments in U.S.-based chip manufacturing.

Beyond legislation, Biden has also prioritized job creation in other segments of White House policy. The administration has emphasized investments in clean energy as a way to fight climate change, which will spur the need to hire workers in that sector. One such initiative was the auction for space in the New York Bight, which resulted in record sales of $4.37 billion in wind energy leases. That project alone is forecast to lead to 80,000 new jobs by 2030.

Similar job creation efforts were included in the recently passed Inflation Reduction Act, which will invest an estimated $369 billion on reducing climate change and enhancing energy security. Research published this month by the Political Economy Research Institute at the University of Massachusetts Amherst predicts that more than 9 million jobs will be created as a result of the law. Republicans in both the House and Senate nonetheless voted unanimously against the bill’s passage.

Republicans on defense for wanting to ban abortion with no exceptions