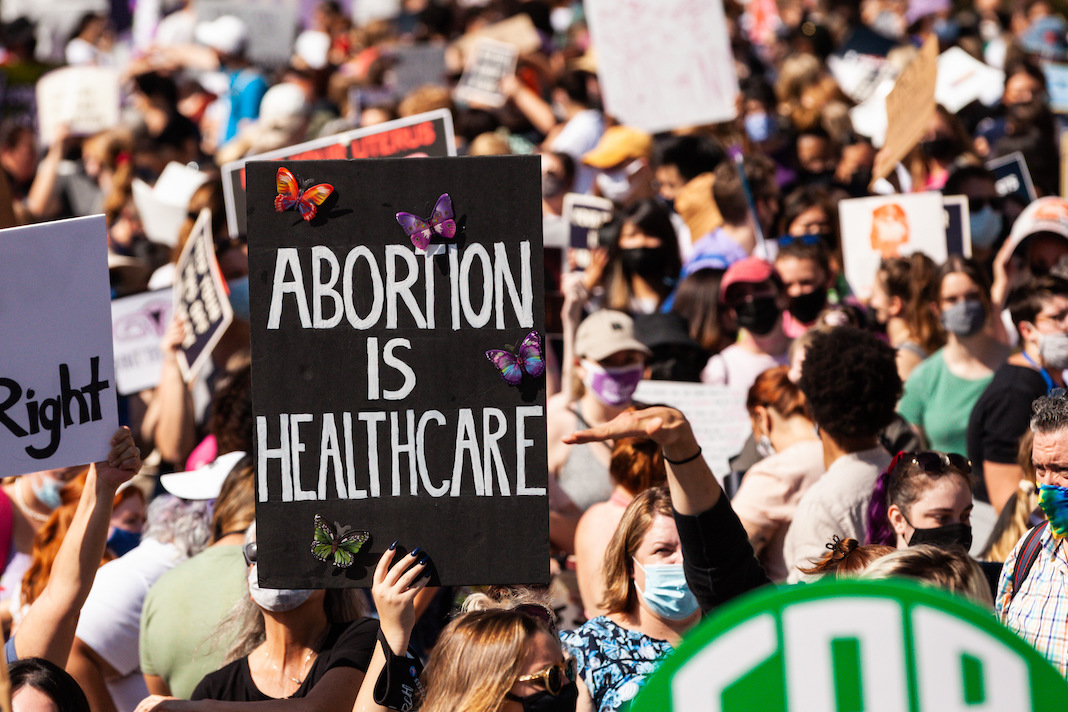 Lies pedaled by anti-abortion advocates are being proven wrong by the horrifying effects new laws are having on people across the country.

As abortion bans stack up across the country, millions of people are living in states where being pregnant is often neither easy nor safe. Many of those states were already places where there was little support for pregnant people before, and now that near-insurmountable restrictions are taking effect, a steady drumbeat of awful stories .

In Texas, where abortion has been functionally unavailable since September 1, 2021, Marlena Stell was prevented from obtaining a dilation and curettage, a standard post-miscarriage procedures. After her miscarriage, Stell’s fetus no longer had a heartbeat — but a Texas doctor refused to perform the procedure, as it is also used in abortions. She would have to carry her dead fetus for two weeks until she found another doctor who would perform the procedure.

While Stell’s story is heartbreaking, it doesn’t appear to have arisen to the level of life-threatening — but that’s not the case for another Texas woman, Elizabeth Weller. At 18 weeks, Weller had a premature rupture of her membranes (meaning her water ‘broke’), which left her with “very little” amniotic fluid surrounding her fetus.

While her fetus still had a heartbeat, the situation made both Weller and the fetus susceptible to uterine infection. Weller wanted to terminate the pregnancy, but was informed she could not. Instead, she had to wait for the fetal heartbeat to cease, or until she was severely sick.

Vomiting, nausea, and passing clots of blood didn’t count as sick enough. Only after passing bloody discharge that was so foul that it made her vomit more was the hospital allowed to take steps to terminate Weller’s pregnancy.

Anti-choice conservatives often claim that care given in life-threatening situations, such as ectopic pregnancies, are not considered abortions, and therefore there are no problems with abortion bans. That’s untrue: the same procedures used to terminate an ectopic pregnancy are the same procedures as in a voluntary abortion. Further, doctors in states where abortions are banned or highly restricted now worry they will face criminal — and even felony — charges if they perform a procedure later deemed not to be ‘enough’ of an emergency.

In Texas, it isn’t just pregnant people who face risks due to inadequate care: babies do as well. The March of Dimes found that 7,080 babies are born in an average week in the state. 763 are babies from preterm births, and 582 of those babies have low birth weight.

Mississippi — the state where the Dobbs case arose, leading all the way to the overturning of Roe v. Wade by the Supreme Court — ranked dead last in nearly every healthcare metric measured according to the Commonwealth Fund, a foundation which tracks health policy. As of 2021, Mississippi’s maternal mortality rate was also the worst in the country — which was also the case in 2015, 2017, 2018, and 2019.

Around 8% of all pregnancies involve serious complications. Up to one-quarter of all pregnancies end in miscarriage. The states with the most significant restrictions are also the states where support for pregnant people and infants is at its most minimal. Yet, conservatives did nothing to address these issues while rushing to pass abortion bans.

Abortion bans can also present medical dangers to people who aren’t pregnant. For example, methotrexate, which is used in medication abortions, is a key component of treatment for people living with rheumatoid arthritis. Now, doctors are concerned that they could be prosecuted for prescribing it to their arthritis patients because they could also be pregnant. Worse, methotrexate is also usedin treatments for several other conditions, including cancer, Chron’s disease, and lupus.

Already, a pharmacy has refused to fill a prescription for misoprostol — a medication that would make an IUD insertion easier, but is also used for abortions — even after the doctor confirmed it wasn’t for an abortion.

Rhetoric by anti-choice advocates relies on two false assertions: the first is that pregnancy is easy, and depriving people of the right to control their reproductive health would be of no real consequence. The second is that banning abortions wouldn’t affect those who needed to terminate pregnancies for the ‘right reasons,’ such as life-threatening emergencies.

The reality is, pregnancy is difficult — to the point of sometimes being deadly — and the same procedures used in voluntary abortions are also used in the abortions that even many conservatives don’t object to. Now, these lies are being laid bare, but that’s coming too late for the millions of people it may affect.

Secretary of State Jocelyn Benson: ‘Michiganders can be confident their voice will be heard’