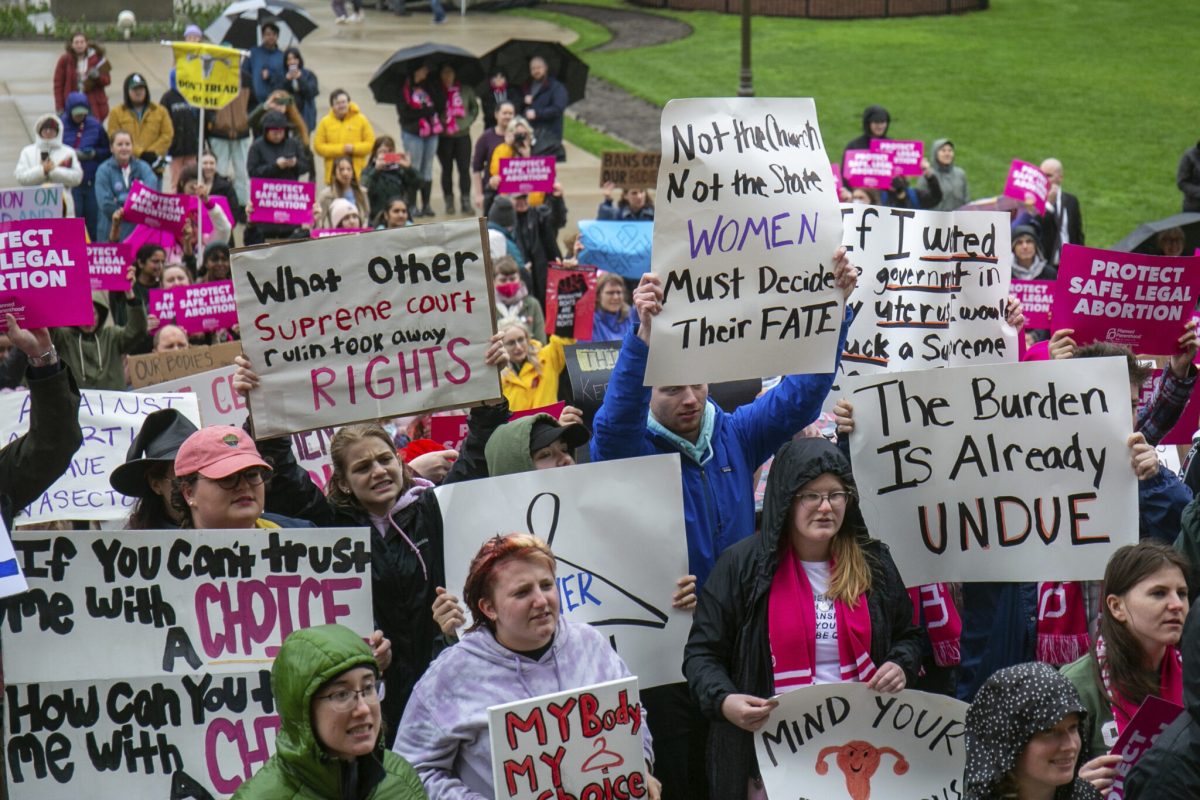 Abortion care providers in Michigan work to keep treating patients while facing a surge in calls — and protests — in the wake of the Supreme Court’s reversal of Roe v. Wade.

A renewed fight for abortion care is underway in Michigan, where more than 2.2 million people are in danger of losing their fundamental reproductive rights following the U.S. Supreme Court decision in Dobbs v. Jackson Women’s Health Organization that overturned Roe v. Wade on June 24.

People in the state are still able to obtain legal and safe abortions due to a preliminary injunction preventing the state’s 1931 abortion ban from taking effect.

Since the Supreme Court’s ruling, clinics across Michigan have seen a surge in calls and appointments. Planned Parenthood of Michigan reported its call center volume has doubled, requests for abortion appointments have increased 50%, and requests for emergency contraception via PPMI’s telemedicine app have shot up 12%.

“When the Supreme Court decision was released, we had an influx of patients calling, worried that they wouldn’t be able to keep their appointments,” said Ashlea Phenicie, PPMI’s director of communications. “We assured them that abortion is still legal in Michigan and they could still get care.”

Many of the calls appeared to be coming from Ohio residents after the state imposed a six-week ban just hours after the ruling that overturned the 1973 Supreme Court decision in Roe v. Wade, which affirmed a constitutional right to abortion throughout the United States. The Ohio law bans abortion after embryonic electrical impulses it misleadingly calls “cardiac activity” and “fetal heartbeat” are detected through an unspecified medical examination “employing the appropriate means of detection depending on the estimated gestational age of the fetus and the condition of the woman and her pregnancy,” with no exceptions for rape, incest, or fatal fetal anomalies.

“Patients are scared,” Phenicie said. “Our team of expert doctors, nurses, and health care professionals are working to support both the health care and emotional needs of patients. It’s particularly heartbreaking to hear the barriers out-of-state patients are navigating in order to reach us.”

Abortion clinics and providers in Michigan have faced an increase in anti-abortion protests since June 24.

“We have had issues with protestors spreading disinformation and lying to patients on their way into health centers,” Phenicie said. “They are telling patients that abortion is not legal in Michigan. This is patently false.”

Abortion providers across Michigan are working to try to accommodate patients in need while dealing with the uptick in activity by anti-abortion protesters at their clinics. The Scotsdale Women’s Center in Detroit has bolstered its armed security.

“Sam,” the clinic’s executive director, spoke with the American Independent Foundation on the condition of anonymity due to fears for her safety.

“It seems at this point most patients are glad they can get the care they need,” she said. “I think as the weeks go by and the reality of this decision sets in, we will see more patients expressing concerns about the future of abortion care in this state.”

Dr. Amy Marcotte, a board-certified OB-GYN and abortion provider in Detroit, reflected on how pregnant people’s lives are now at risk. Marcotte said she has seen the impact that severe restrictions on reproductive and contraceptive care have on patients firsthand during her time working in Catholic institutions.

“I found myself in several situations where I could not intervene, or I had to wait until it was very clear that the patient’s life was in peril before I could intervene,” Marcotte told the American Independent Foundation. “So I’ve had some experience with these limitations.”

Marcotte said she fears that the elimination of national reproductive rights will compromise the care she provides and that more women will suffer significant injury or death as a direct result.

Abortion is still legal in Michigan — for now. However, the legal battle has caused confusion within the state’s health care system and among abortion providers. If Michigan’s 1931 abortion ban were to go into effect, it would make abortion a felony punishable by up to four years in prison, with no exceptions for rape or incest.

Republican prosecutors in Kent and Jackson counties in Michigan have refused to recognize the injunction blocking the 1931 law, claiming that it doesn’t apply in their counties.

The Reproductive Freedom for All campaign group, along with its coalition partners and volunteers, turned in more than 753,759 signatures of registered voters to Michigan Secretary of State Jocelyn Benson on July 11 in support of putting a measure on the ballot in November affirming the right to reproductive freedom.

The petition, organized by the ACLU of Michigan, Planned Parenthood Advocates of Michigan, and Michigan Voices, needed a minimum of 425,059 valid signatures by the July 11 deadline.

Kelly Dillaha is the Michigan program director for Red Wine & Blue, a national group for suburban women organizing in support of progressive causes. Dillaha said more than 500 volunteers across the state worked with the group to collect petition signatures for the ballot initiative.

“It’s been amazing to see people finding something that they’re passionate about, and really putting their all into it,” Dillaha told the American Independent Foundation. “That’s been very rewarding.”

Another organization, the Young Progressive Activists of North-West Michigan, is focusing on providing a safe space and mental health resources to those affected by the loss of their fundamental abortion rights.

Rebecca Amidon is the group’s co-founder and is also vice chair of the Manistee County Democrats. A mother of two, she reflected on how the reversal of Roe has affected her own family planning. She said that while she originally wanted to get pregnant soon and have another child, she has now taken a step back.

“I don’t have that same assurance that if something were to go wrong, that I could safely terminate my pregnancy and return home to my existing children and husband,” Amidon told the American Independent Foundation. “It’s a hard thing to think about when you want to bring a child into this world, but now you have to weigh the pros and cons.”

Amidon reflected that the current state of reproductive rights in Michigan has taken away the joy of pregnancy and motherhood for women like her.

“When I was pregnant with my son, I was so excited, I was telling everybody,” Amidon said. “But now there’s this storm cloud over it. Do I share with people if I’m pregnant, or do I need to keep quiet and hide my pregnancy when I should be so happy?”