House Bill 5784 includes a prohibition against using state funds for ‘any elective abortion.’

Following the leak of a draft decision of the U.S. Supreme Court that would overturn the ruling in Roe v. Wade that affirms the right to abortion in the United States, battle lines over abortion access are being drawn in legislatures and judiciaries across the country.

The upcoming conflict became evident this week in Michigan as the Republican-controlled House and Senate passed spending bills that include bans on funding for abortion providers.

Michigan has a 1931 law on the books that bans abortions in all cases except when the life of the pregnant person is at risk. This law will automatically take effect if Roe is rolled back.

The House and Senate bills will be combined into one bill and will be negotiated with Michigan Democratic Gov. Gretchen Whitmer to reach a final spending plan to fund the state government through September 2023.

House Bill 5784 includes a prohibition against using state funds for “any elective abortion,” in addition to $10 million in funding for “a pregnancy and parenting support services program, which must promote childbirth, alternatives to abortion, and grief counseling.”

Another bill, H.B. 5783, sets aside $750,000 from the general fund “for the legal operations reserve fund,” which it says “are designated as a work project appropriation, and any unencumbered or unallotted funds shall not lapse at the end of the fiscal year and shall be available for expenditures for projects under this section until the projects have been completed. … The purpose of the project is to legally defend the constitutionality of state laws.” According to the Michigan Advance, the bill’s sponsor, Republican Rep. Greg VanWoerkom, said the funds “may become necessary if Attorney General Dana Nessel follows through on her pledge to not enforce a Michigan law banning abortion if a U.S. Supreme Court ruling affects Roe v. Wade.”

Republican House Appropriations Committee Chair Thomas Albert told the Michigan Advance, in light of the U.S. Supreme Court’s impending decision to overturn Roe, “We are offering a pro-life plan that supports pregnant mothers, including those with crisis pregnancies, and provides them with all their choices — not just the one ‘choice’ promoted by abortion advocates.”

Democrats criticized the plan as “extreme” and “radical.” House Minority Leader Donna Lasinski told the Detroit Free Press that the Republican leadership was more interested in appealing to those “hellbent on stoking a culture war in this country than they are in working to support Michigan’s communities.”

Negotiations over the budget will continue between the House, Senate, and, ultimately, the governor over the next few weeks.

“We’re using every tool available — and this is a unique set of tools — to protect women, and protect our constitutional right to bodily autonomy, to make our own determination and protect our economic freedoms, as well,” she said to the Detroit Free Press on April 7.

In a clip from an interview with CNN’s Don Lemon Whitmer shared this week on Twitter, she spoke of the lawsuit she has filed in the Michigan courts to obtain a ruling on the right to abortion in the state, as well as a ballot initiative begun this week to amend Michigan’s Constitution to protect the right to abortion, which needs 425,000 signatures by July 11 to be placed on the ballot:

We surveyed the tools that are available to me as governor and filed this lawsuit over a month ago because we saw the direction that it looked like the United States Supreme Court was taking, and we thought it was important to take this case straight to our state Supreme Court and ask them to rule that the Michigan Constitution confers a woman’s right to abortion, a right to make her own health care decisions … We’ve got people that are collecting signatures to go to the ballot and amend our Constitution, and that is another route that we are taking, but we cannot assume that any of these is going to be individually successful, that’s why we’ve got to pursue all of them.

Barbara McQuade, a former U.S. attorney for the U.S. District Court for the Eastern District of Michigan, told the American Independent Foundation in a written statement, “It seems quite possible that the Michigan Supreme Court, with its liberal majority, could find in favor of Gov. Whitmer.”

McQuade said the 1931 law has never been tested in court, and the landscape is “wide open.”

In an interview with Detroit news station WDIV on May 3, McQuade also pointed out that the law, which originated in the 1800s, uses archaic terminology: “There is a violation of due process when a statute uses language that is vague, and I think there’s a fair argument to be made that this statute does that.”

Michigan Attorney General Dana Nessel has pledged not to prosecute any cases brought to her under the Michigan law. She pointed out on Thursday that her opponent in the general elections, Matt DePerno, supports a total ban on abortions, with no exceptions.

A safe social life starts with a physically active personal... 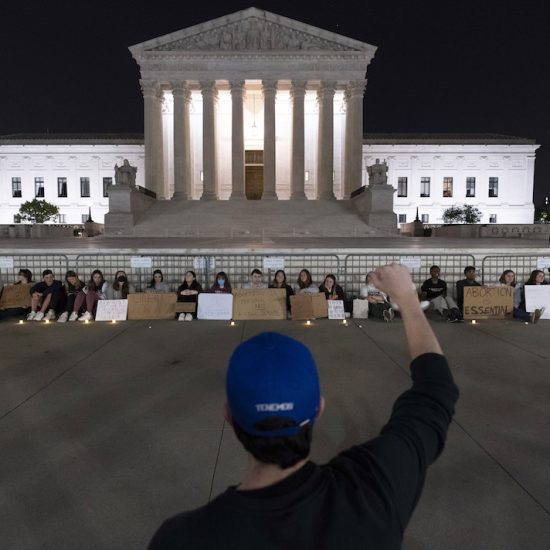 Draft opinion jolts Michigan, where abortion ban is on books